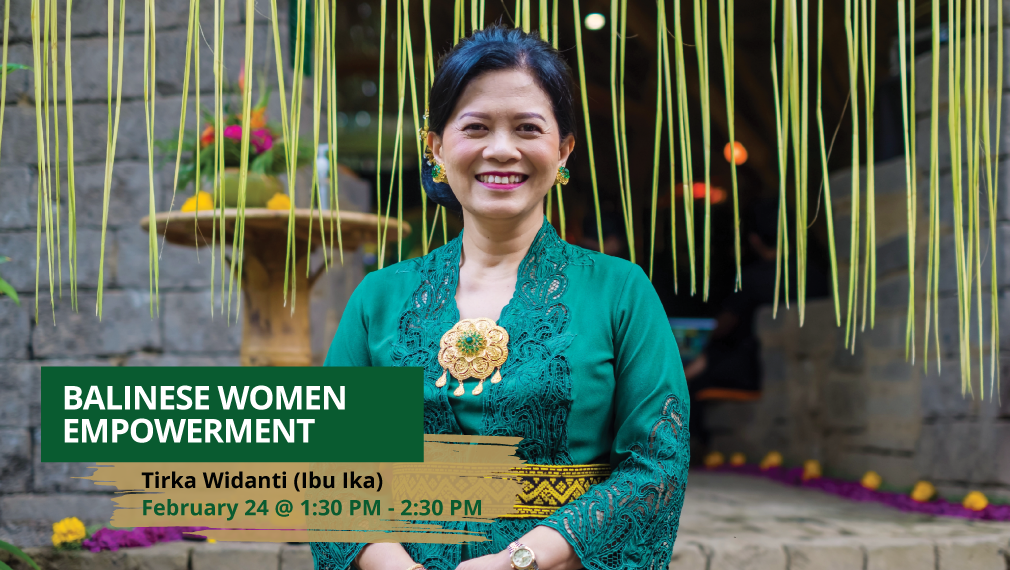 According to Hindu teachings, gender is not a difference in social treatment between men and women, but considering what things are appropriate for men and women. Hinduism views gender as more of an obligation that must be carried out by each individual as ordained by God (Brahman).

As contained in the book Manawa Dharmasastra chapter IX seloka 96 states that : “Prajanartha striyah srstah Samtnartham ca manawah Tasmat sadharanu dharmah Crutau patnya sahadita”.
Meaning: “To become a mother, women were created and to become fathers, men were created religious ceremonies because it was prescribed in the Vedas to be performed by a husband and his wife”.

Especially in the case of marriage, the concept of ‘purusa’ and ‘predana’ is adopted by the Balinese as a reflection of the teachings of Hinduism about the soul (purusa) which is identical to men and material (predana) which is identical to women. Where in the Hindu concept the soul symbolizes immortality, matter as something that is impermanent The mistakes in reflecting the understanding of the concepts of ‘purusa’ and ‘pradana’ in the form of men and women have led to inequality and injustice against women in Bali, especially in marriage customs where women (predana) are considered to have a lower position than men (purusa), so that Hindu women in Bali are often said to be “heirs without inheritance”. This is of course closely related to the implementation of customs that regulate the life of the Balinese people which still do not reflect gender equality 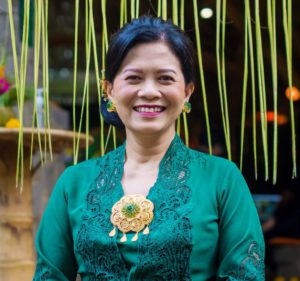 Assoc. Prof. Dr. Ni Putu Tirka Widanti (Ibu Ika) is The President of Yayasan Kul-Kul, Green School and Rector at the Universitas Ngurah Rai, Bali, Indonesia My professional experiences in education, community service, hospitality, and public administration are extensive. From producing research papers, lecturing at a number of universities in Indonesia, to chairing the Public Administration Post Graduate Program of the University of Ngurah Rai in Denpasar. Currently, she is the expert staff for the legislative (DPRD Bali) that is handling the education, labor, and social aspect. In the form of books, academic articles, local and national newspapers, she has produced many literary works largely related to the empowerment of women.

The talk will be online.