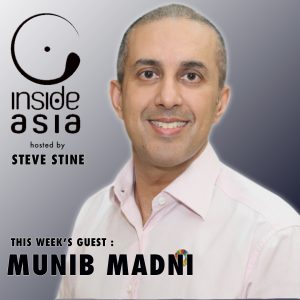 After Covid-19, one of the biggest subjects occupying academia and boardrooms is Conscious Capitalism. You’re either deeply familiar with the term, or you’re not. If you’re not, climb aboard. Capitalism as we know it is about to undergo a major transformation.

For the better part of a year now, the topic has been coming up in conversations with CEOs, investors and thought-leaders, who say the old paradigm of operating solely in the interest of shareholders is done and dusted. The new paradigm is more inclusive. That means accommodating and protecting the interests of a broader group of stakeholders, including employees, the environment, and society at large.

Some cynics say it’s already too late. Optimists, on the other hand, believe that through consensus building, re-allocation of resources, and top-down leadership, it is not only possible, but probable. Evidence abounds showing that corporations can be both profit- and purpose-driven.

Up this week, the asset management industry. As buyers and sellers of corporate assets, they are the proverbial gate-keepers of corporate financial performance. With $80 trillion under management worldwide, there’s power at play. Fortunes have been made and lost on the decisions laid down by asset managers. For the longest time, financial performance has remained the central barometer for all buy and sell decisions. This too must change.

Enter a new breed of asset manager. Those that believe that the best corporations are those that do well by doing good. In this week’s episode, I speak to one such individual. Munib Madni spent 13-1/2 years with Morgan Stanley before he saw the light, resigned, then re-emerged as CEO of his own asset management firm, Panarchy Partners.

In this conversation with Munib, we talk about the evolution of the industry, the forces now shaping a new kind of investing, and the emergence of corporations, poised to make a difference.

LISTEN TO THE PODCAST

What are you doing – you alone – to safeguard your personal health and well-being?…

My guest this week is Isabelle Decitre, CEO of Singapore-based ID Capital. She’s a future-of-food…

Lockdown to Rebound. That’s the theme of this episode. But unlike other episodes where we…