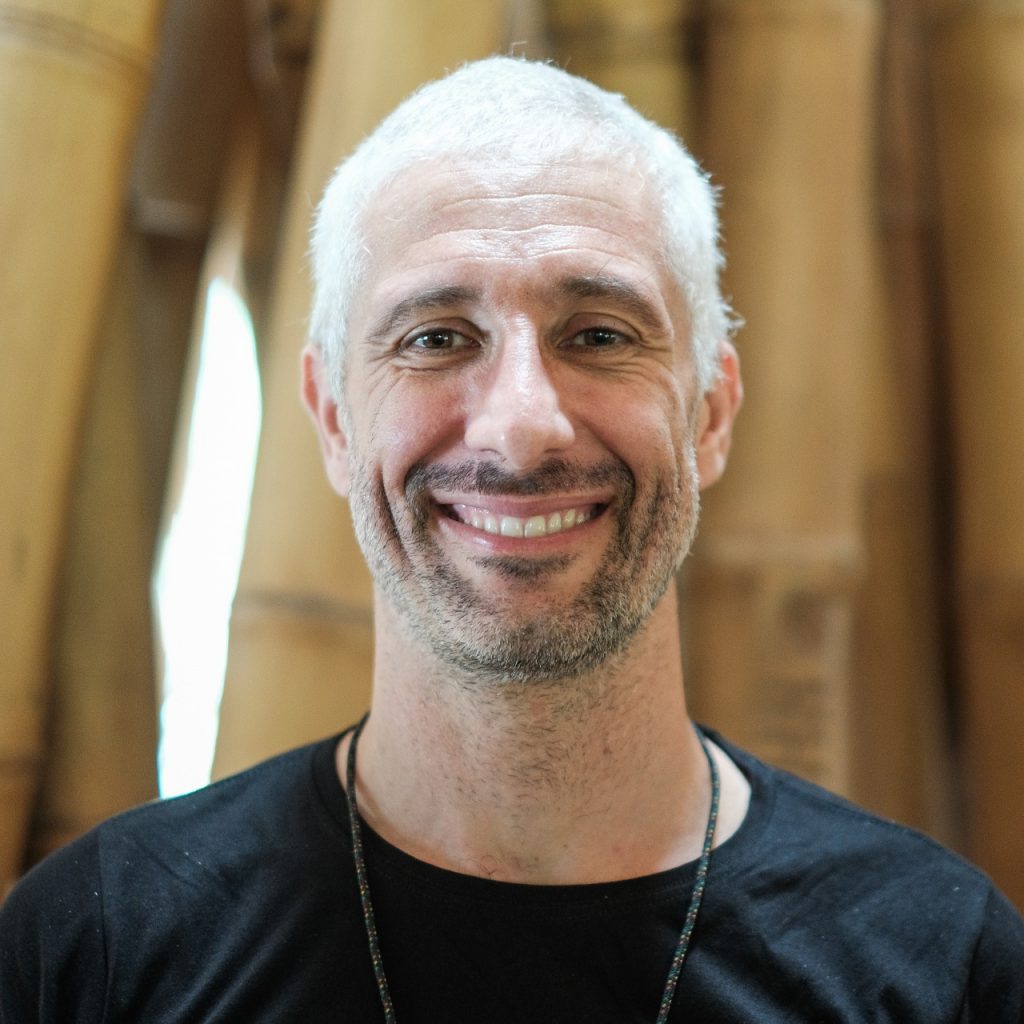 “I’ve always tried to show that learning doesn’t have to be so sterile, pointless, and meaningless without context. Working with kids, harnessing their energy and channelling it at something that was going to have an impact, for the environment, and a social impact. That’s what learning should be. That was the inspiration.”

Kyle King currently stands as the Head of High School at the Green School in Bali. Having spent the past seven years at the school (like anyone who’s been at the school long enough will know), there are many other roles he’s had to play, caps he’s had to put on. When I first came into high school, Kyle was my math teacher. From experience, I believe Kyle revolutionized the way math was taught at the school. And the way I viewed teachers in general. I dreaded math class, not because I found it difficult, but because I continuously felt that what was provided was not challenging enough for me. I was always one of those people who quite enjoyed mathematics, and thought that the school did not offer anything that was stimulating enough for me. But then others in my class would disagree. Some hated math, and I recall some of these students spending class times trying to revolt against having math at school. What I admired about Kyle during my time at the Green School, was how he was able to take these two extremes and create a learning environment that satisfied both groups. “I was able to write the scope and sequence for the math program and really come to, I think, shape the way that math takes place at green school,” Kyle said. “Before I had gotten there, there was a lot of trepidation and a lot of trauma around math, and I think we’ve done a good job to soften that experience.” But not ultimately sacrifice how math is learned and not disadvantage our students as well.”

We know that some people love numbers, and others would prefer to steer clear of them. And what Kyle brought to the table was a way of exploring math that caters to a student’s preference for how they learn—making it something that becomes less dreadful to all of us coming into it with our varied backgrounds. The ability to shift the way a subject is perceived and accepted by the students, especially one as formidable as mathematics, must bring with it a passionate and caring individual, driven to create positive changes. Which is why upon returning to the school for my younger sister’s graduation and finding out that Kyle had become the new Head of High School, I was not surprised they had trusted him with this role. His primary duty, as head of high school, encompasses all of the learning programs that goes on in their learning neighborhood (the green school high school). “The breadth and scope of that is quite massive because the teachers and students are given so much latitude in what they’re able to do. We believe in giving our community members, students, and teachers, in particular, a lot of creative license.” Kyle elaborated. “We encourage self-directed and driven endeavoring, so there’s a lot to kind of keep an eye on in this role, but it’s also very exciting because we are encouraging individuality and student voice, and activism and really want pursuits just to keep going off in all different directions that come out of self-interest and passion.”

This next year will be his third year in that role. In hearing this, it has only reinstated what I already know. Kyle, as I have witnessed in my four years of high school at Green School, has a passion for teaching. A selfless way of teaching that I believe should define every educator, raising a generation of youth-driven to make the positive change they want to see in the world. Kyle himself has had a history of teaching, experimenting, and learning new things before Green School. “I had spent about 15 years of so in education before I came to Bali,” He revealed.

He got his start in education as a naturalist, in a place called Ferry Beach Ecology school in the United States. “I was really grounded in nature and biology and living systems before I became a certified teacher. But that was my inroad,” Kyle mentioned. After that, he moved to Boston and became a teacher in the oldest public school in America, The English High School of Boston. “I was there simultaneously doing a master’s degree and teaching mathematics,” Kyle elaborated. He spent five years in Boston, before moving to Los Angeles and spending another five years teaching there. “I was working in the public schools in LA, and that’s where I started the family, and I think I came into my power as a teacher in California,” Kyle told. “However, after five years of working in public schools, it felt like such a machine.” “I felt like I was on a hamster wheel, kind of running an assembly line. Where I was just factory teaching and learning, I would see fifty kids at a time, five times a day, to teach math.” “I felt like I needed to break free from that and to have my creativity.” “And I knew that this style was not what I could continue with.” So, because of this, Kyle and his family made a move to Europe. Having moved to Portugal, both he and his wife ended up working at the Carlucci American International School of Lisbon. “I really went out on a limb and taught IB economics, and IB business and management. Two areas that I never studied up in,” Kyle voiced. “And I just took a risk, and that school also took a risk on me.” Read more...

What are you doing – you alone – to safeguard your personal health and well-being?…

Written by: Cassandra Smolcic While the #MeToo movement has done an extraordinary job of identifying…

Storytelling is arguably the most powerful technology ever created by humans. It’s an integral part…