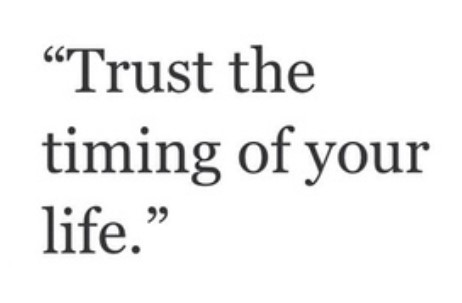 Sometimes I wonder if I can ever get what I want in life so easily. It seems like everything that I have in life so far, I had to fight for every single one of them. Not that I’m complaining. All these hardships that I had to face, have made my skin a little thicker.

Although, to be fair, nothing have ever come easy for me since I was young. I grew up in a strict household. Dad was a product of strict rules and strong principles household himself. Mom had a “gangster” mom who had 6 kids and was so strict that even as my grandma took her last breath, my mom was still terrified of her. So, I grew up with a dynamic duo of strict-town set of parents. And so being an only child for 14 years before my brother was born, I was raised with strict set of rules, expectations and demands. Literally, every single thing that I wanted growing up, I had to earn them.

I remember this one time when I was in middle school, everyone was wearing this cool Casio Baby-G watch. This watch was so cool, came in different colors and changeable straps, which made it so much cooler. It has these little buttons for different functions and one of the buttons makes the watch light up in the dark so that you can tell time even when it’s dark. It was the trendiest watch at the time. I wanted to have the watch so bad. So I came to my dad and I asked him if I could also get one of those watches. Did he buy the watch as soon as I asked for them? No. He made me do house chores, like help my mom with cooking, clean the house, do the dishes, etc. It was weeks of this before I realized that I’m never going to get that watch, like, ever. I was becoming hopeless that I’m ever going to get the watch. But then, one day, my dad came home from work and he called me to sit down with him at the dining table. And he took out a tiny black box from his working bag and he said “You need to be responsible of this. This is not cheap and so you have to take good care of it”. My heart was racing, I knew what was in that box. I was going to have my own Casio Baby-G! watch! I jumped out of my chair, gave him a huge hug and profusely thanking him. He gave me the box and I opened the box slowly as to add drama effect to the whole event. When it was completely opened, I immediately burst into tears. NO, not tears of joy. More like tears of disbelief and a slight disappointment. My dad, instead of getting me the Casio Baby-G watch, had bought me a Swatch watch instead Read More…

Something special happened in recent days, and in a slight departure from our regular format,…

For those uninitiated in the understanding of white privilege and our white supremacist culture, it…

LISTEN TO THE PODCAST Sally Lewis is a wife, mother, entrepreneur, and business coach who…