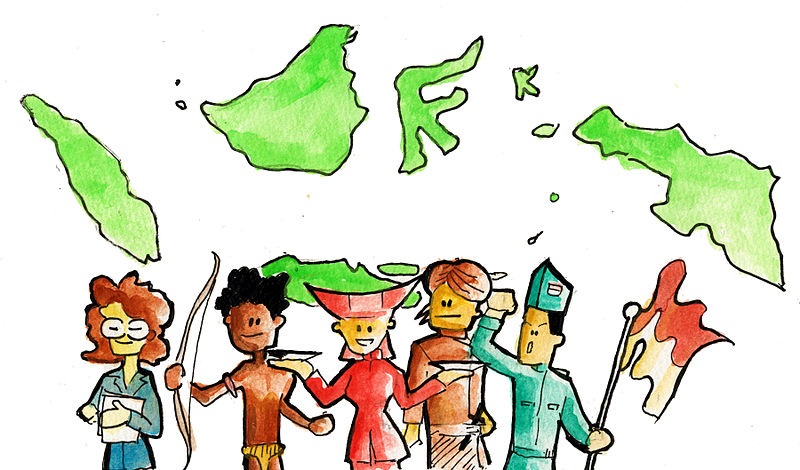 This Article is written by Made Soma from jembatanbahasa.com

As a long-time Indonesian teacher, people often ask whether Indonesian or Bahasa Indonesia is easy to learn. My direct answer to this is YES! As the national language of 260 million speakers of thousands of local languages spread across 17,000 islands, Indonesian was created to be easy so people across the country learn and use the language easily.

Here are five reasons why Bahasa Indonesia is an easy language to learn.

This means that each letter in Indonesian represents one sound in the words it is used in. For example, the sound of “I” in “indah” is the same as the “I” in “ibu”. So you basically can pronounce any Indonesian words if you know how to pronounce the Indonesian alphabet.

Indonesian has no tenses or conjugation

Another easy feature of Bahasa Indonesia is that it doesn’t have any tenses. Instead, it uses time qualifying words to indicate when actions happen. For example:

I am eating – Saya sedang makan

I will eat – Saya akan makan

Bahasa Indonesia also doesn’t have any conjugation, meaning the verbs stay the same regardless of any subject they have. For example:

As you can see, the word ‘makan’ doesn’t change even though it has different subjects.

Bahasa Indonesia doesn’t have any articles

In English, to indicate a plural noun, you can add “s” at the end of the word, e.g. houses, tables, teachers. In Bahasa Indonesia, to make a noun plural, you can simply repeat the word. For example:

It’s important to note that you don’t have to repeat the word all of the time. If you already have a word that indicates the noun is plural, then you can say the word once. For example, for “many houses” Indonesians would say “banyak rumah” instead of “banyak rumah-rumah”.

Bahasa Indonesia has a lot of loan words from English. Most of these words are different in spelling, but similar in pronunciation. Here are some examples:

Bahasa Indonesia not only offers you grammatical and phonetic simplicity, but it also provides you with the opportunity to connect with the vibrant and ethnically diverse people who live across one the world’s largest archipelagos. With this in mind, it’s hard to find excuses not to learn the language.

Our beloved Bali runs on tourism. It breaks our hearts to see the effect Covid-19…

A “New E.R.A.” has begun and the time to Engage, Respect and Act towards sustainable…