While the #MeToo movement has done an extraordinary job of identifying the kinds of big, egregious problems and violations that have been playing out between the sexes in the modern workplace, it has yet to take a broader look at the sexual imbalances that play out in our private lives and our bedrooms. While an important and candid new dialogue around gender issues has been opened, there is still much work to be done in forging a path forward into restorative, actionable and holistic solutions. Until we get the courage to tackle these problems from both the macro and micro level, history will continue to repeat itself in many damaging and destructive ways.

By compassionately identifying how and why so many instances of sexual impropriety have been perpetuated in the first place, we can start to envision and beta test new, more conscious standards of conduct around gender relations and intimacy. Talking about our primal, biological behavior patterns is one crucial way to expand and build upon the brave and courageous testimonies of thousands of #MeToo whistleblowers.

It took me decades to realize it, but in almost every instance of physical assault or sexual abuse I’ve ever experienced, a little-known psycho-biological defense mechanism played a large part in keeping me gagged by feelings of shame, self-doubt and helplessness. Awareness around this bodily function may not have changed my real-time reactions in the midst of those confronting moments, but it would have impacted how I perceived my role and responsibility in their aftermath, and would have held significant weight in my decision to speak up or stay silent about what happened to me.

We no doubt have a lot of courageous work ahead of us before we can fully experience the benefits of right-relations between the masculine and feminine, yet I whole-heartedly believe that a large percentage of sexual wounds could be healed, or even prevented, if we work together to raise awareness around a single involuntary response called tonic immobility.

What Is Tonic Immobility?

Unknown to many, our human biological response systems actually have the power to take control of our bodily functions and speech patterns during any confronting encounter; sexual or otherwise. Clinically referred to as “tonic immobility” (or TI) this involuntary defense mechanism can make it challenging—or even impossible—for vulnerable and frightened individuals to physically move or verbally protest an unwanted advance.

In the simplest of terms: fear can actually paralyze a person.

A recent study found that in 70% of reported rape and assault cases, feelings of paralysis, speech impairment and other symptoms of tonic immobility were described by victims. Though scientists have been aware of TI’s existence for hundreds of years, most people remain dangerously in the dark about this pervasive and powerful defense response; to the extreme detriment of our public health and societal well-being. Worse yet, the vast majority of people who personally experience some form of tonic immobility are not aware that it’s happening, both during and after the the anesthetizing stress hormones have left their bodies.

Often experienced but seldom discussed, this phenomena continues to skew, distort and severely damage relationships between people of all ages, genders and sexual orientations. It continues to create more perpetrators, victims, conflict and trauma around human sexuality, en lieu of the safe, respectful and pleasurable sexual relationships that we all deserve to experience and enjoy.

Increasing our cultural understanding about tonic immobility could prepare and protect people with a broad spectrum of sexual experience: from the understandably trepidatious young person to the seasoned, long-committed couple. It could prevent us from creating more confusion, harm and suffering. It could change the way we handle, perceive and process questionable sexual encounters, both in private cases and in those that make their way into our justice system.

Sharing what we know about TI could be a pivotal, game-changing step towards the evolution of a healthier world. I implore you to join the movement; to take action in raising awareness.

Finish reading this article, share and clap for it if the content moves you. Discuss the effects and prevalence of tonic immobility with your loved ones and peers. Make the #AffirmativeConsentPromise. Above all else, we can each make an effort to speak openly and honestly with our lovers and invite them to consistently do the same, and encourage anyone who’s experienced abuse to come forward with their story.

My History with TI Freeze

Disclaimer: After much consideration, I decided not to identify the people involved in the anecdotes described below, so some names and personal details have been altered.

At 12-years-old, I hadn’t done more than kiss a boy. When my middle school crush stuck his hand down my pants on an amusement park ride, I hadn’t seen it coming. His abrupt and forceful groping of my most private of all parts had not been requested, solicited or discussed. I desperately wanted him to stop, but for some reason I couldn’t bring myself to move or even speak a single word of protest. For the first time in my adolescent life, I was being sexually violated.

Like being in a car wreck or witnessing some catastrophic accident, it felt like time itself had slowed down to an eerie crawl. In the very moment that his hand made contact with my genitals, I felt a flash of heat surge through my small frame. My mind went scrambled with a whirlwind of chaotic, unanchored thoughts. As that boy’s probing fingers robbed me of my choice and my innocence, I felt helpless and trapped within an unresponsive body.

read more of her story here 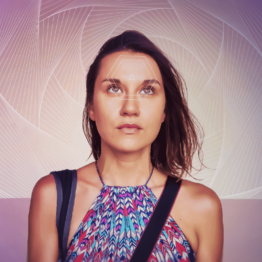 Carol Da Riva grew up between São Paulo, one of the biggest cities in the world, and the Amazon, where her family created a project in the same year she

📣 Calling out for parents to mentor students through The Bridge’s newest series, The Pathway Series.This will be an opportunity for parents to inspire students with education and career pathways

Suara {noun}/ Sound The world we live in today is changing faster than we realize, often not for the best, so we humbly invite you to co-create a conversation about

SOLE TO SOUL by liina klauss

The exhibition showcases new works that explore the aesthetic value of waste materials like shoe soles and rubber tires. After being collected from ocean and river shores, the materials are

Amazon and Andes Adventure – One Of The Tribe Journeys

In these uncertain times, many of us have deepened our awareness of and connection with nature. For some of us lockdowns bought the unexpected joy of really witnessing the seasons

Identify your strengths, weaknesses, passions, and the probable way forward. Identify opportunities and challenges in the world today. Use my childhood, learning disability, brief corporate experience, and lifelong multi-faceted entrepreneurial