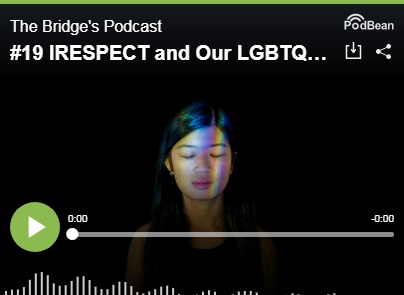 An open, candid discussion on the current sentiment towards the LGBTQ+ Community in Indonesia and beyond, the issues even the most accepting cultures still need to work on, and how international schools and the global citizen identity fits into the picture, and why encouraging LGBTQ+ Equality benefits everyone.

You will get the awareness of LGBTQ+ Issues in Indonesia and how that affects expatriates, especially the psyche of expatriate children. Understanding the daily minutiae of heteronormativity and its subtleties that biomagnify into an ecosystem’s culture as a whole. Bringing attention to the difference of same-sex relationships being accepted versus being respected.

Kai Mata is regarded as Indonesia’s only openly queer public figure at the moment, leveraging her international platform as a Singer-Songwriter to foster compassion, empathy, and respect. Her newest single, “So Hard,” has been called a queer anthem, and sparked unanimous support from media in Canada, the UK, and the USA. That united support contrasts with the backlash and retaliation she now faces from radical religious groups in her home country.

Situations arise and we act. Right? This, indeed, seems to be so. But why, then,…

This week we’re going to become aware of our five senses, one by one. So…

How To Talk To God

“Always believe in God. Because there are some questions that even Google can’t answer." ---Anonymous…